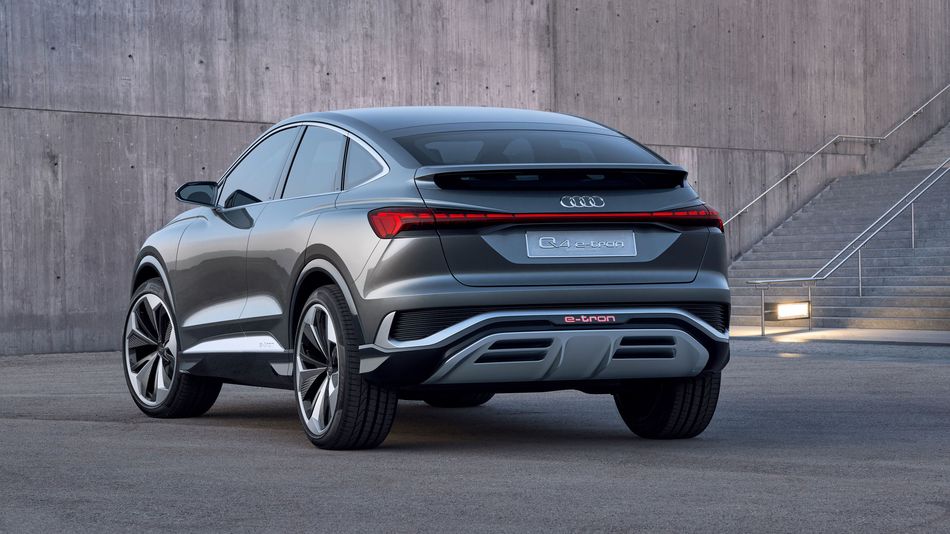 Audi has a new electric car coming up.

The Audi Q4 Sportback e-tron concept is, technically, an identical twin to Audi’s Q4 e-tron concept, which was launched in 2019 — the two cars share the same Volkswagen MEB platform, 225 kW powertrain, and 82k Wh battery. Even the dimensions are roughly the same.

The new car, however, has a far sportier exterior, with inclined D-pillars and a spoiler that runs under the rear window. Audi says the new car has a “sexy back,” and the design makes the Audi Q4 Sportback appear much longer than its sister model.  Read more…