When France launched its app for digital contact tracing, it looked like it might be a breakthrough for the virus-ravaged country. After going live in June, StopCovid was downloaded by 2 million people in a short space of time, leading ministers to hail the fact that “from the first downloads, the app helps avoid contamination, illness and so deaths”. But officials soon had to walk their enthusiasm back after it emerged that in its first three weeks the app had only alerted 14 people to tell them they might have been exposed to coronavirus.

“This isn’t the end of the story,”  said digital affairs minister Cédric O in its defense. “We keep improving the application.”

In Australia, meanwhile, things were even worse. The country’s Covidsafe app launched in April and got far greater adoption than France—6 million downloads in a country of 25 million. And yet it had even less of an impact: in the state of Victoria, it failed to identify a single contact that hadn’t already been uncovered by manual tracers, according to Gizmodo.

But while it makes for harsh reading, the lack of pings isn’t necessarily a sign of failure in and of itself, say some experts.

Part of the criticism may be due to the technology being overhyped. For those undergoing one of the most stressful years in memory, the early focus on contact tracing apps was understandable: a vaccine is still many months away, assuming that we can even find one that will work. Apps stepped in to the breach as a potential panacea—even though many insiders have consistently argued that they are one tool to fight the virus, rather than a silver bullet.

On a mathematical level, too, the criticism may be out of line, according to Jon Crowcroft, professor of communications systems at the University of Cambridge. In a situation where there are low numbers of covid-19 cases, where people are observing social distancing, and when the density of app users is not high, you would not expect to see many notifications from contact tracing apps, he says.

“It’s simple math for the numbers of notifications: if 1% of people have covid-19 and they are all tested, and only 1% of people run the app, you have a 1 in 10,000 chance of having both the tested person and exposed person having the app, so your notification rate will be 10,000 times lower than the case rate,” Crowcroft explains.

(For example, during the period in which Victoria issued 21 notifications, the state registered just 350 cases of covid-19.)

However, even with the most optimistic lens, it’s clear there’s a gulf between what was promised and the reality of what these apps are delivering. So what went wrong?

First, it’s worth looking at the similarities between the two services. Both France and Australia shunned the model put forward by Google and Apple—where data is kept on the user’s phone to maintain privacy—in favor of a centralized approach, where user information is sent to remote servers. This is problematic because Google and Apple have restricted how much Bluetooth scanning and negotiation apps that centralized apps can do in the background.

Michael Veale, a digital policy lecturer at University College London, sums up the issue: “They aren’t detecting many phones because the background Bluetooth does not function. That’s because they aren’t using a decentralized approach.”

This situation has created a series of other technical difficulties. Australia’s app only works 25% of the time on some devices, in particular iPhones. That’s because the Bluetooth “handshake” necessary to register proximity between two phones doesn’t work if the phone screen is locked. This was the exact same problem that caused the UK to abandon its app last month (it’s not clear when it will launch a replacement.)

“This effectively means for a contact tracing app to work without using their system, a user has to walk around the player like a Pokemon Go player, with their phone out, the app open, and not use their phone for anything else,” says one researcher, who requested anonymity as they are not directly involved in development for either app.

All this may have been exacerbated by countries adopting an overly conservative approach to avoid the risk of “over-notifying” users, says Cambridge’s Crowcroft. Worries that over-sensitive alerts could create panic means the apps only include people that are extremely likely to have been in close contact with each other for extended periods of time—not just people you brushed past for a few seconds in the store. “A lot of care went into trying to avoid a lot of false positive notifications in some apps. This may make them super conservative,” he says.

In addition, both Australia and France’s apps have been blighted with performance issues and bugs. Users have complained that France’s app drains their phone’s battery life—possibly the reason that hundreds of thousands of people have uninstalled the app since downloading it.

“This is the prime risk for developers: you make one mistake and wipe out somebody’s battery,” says Andrew Eland, who until recently worked as an engineering director at Google, then DeepMind Health. Some users say the StopCovid app regularly crashes, and has to be reactivated every time you switch your phone back on.

So what are the lessons? Bluetooth is a very complex technology, but it’s fiendishly difficult to build a contract tracing app without using Apple and Google’s system. So, for the sake of building an app rapidly, perhaps it’s best that governments don’t adopt a centralized system or something else that creates technical difficulties. If possible, countries should consider reusing the code for another country’s app which has been proven to be a success, for example Germany’s open source Corona-Warn-App, which has been downloaded by over 15 million of its 83 million population since it launched on June 15, or . Secrecy and clinging to exceptionalism are a poor combination when it comes to building contact tracing apps.

And ultimately, the public needs to bear in mind that contact tracing apps are likely to only ever be a small part of the fight against coronavirus—rather than a magic answer to the problem.

“If you want to know the best way to spend time and money on technology to track and trace coronavirus infections, it would probably be better to focus on making manual contact tracing more efficient,” says Eland. 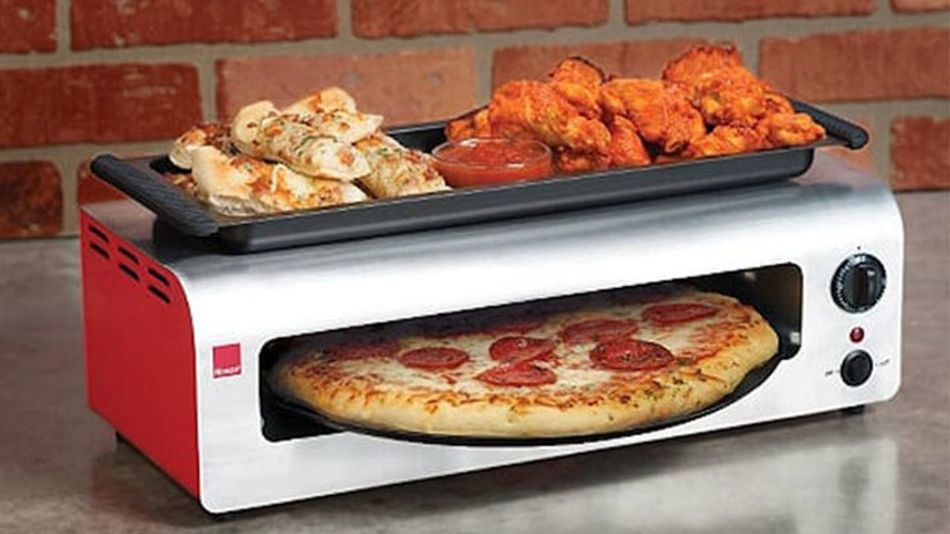 But whether you’re prepping some quick bites for an easy weeknight dinner or hosting a low-key get-together, nobody wants to deal with complicated recipes or a messy kitchen. The Ronco® Pizza and More™ Oven comes in for the win, eliminating both, and allowing you to take a night off from ordering in (again). Don’t let the name fool you — this compact little appliance whips up more than just oven-fresh pizza. It churns out cooked-to-perfection wings, meatballs, and even s’mores in record time. Read more… 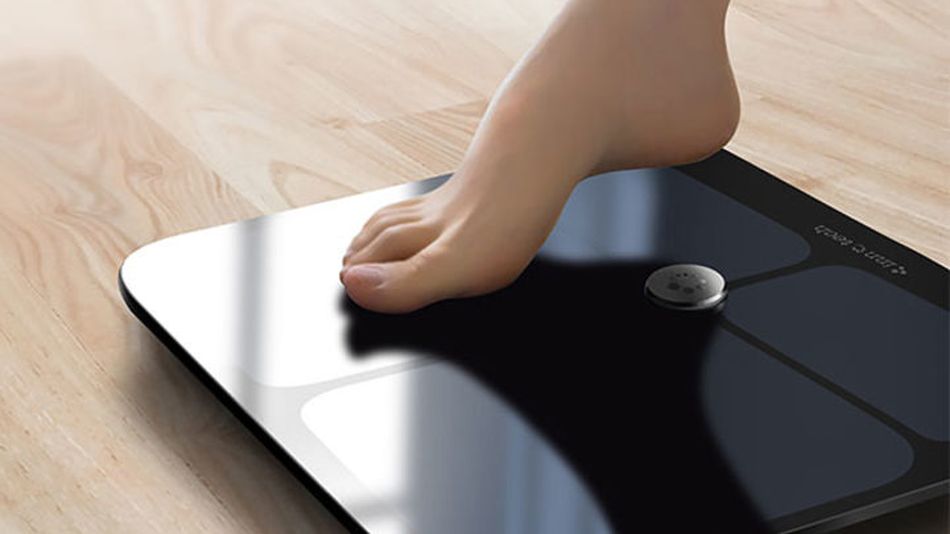 TL;DR: Get personalized body measurements and insights with Innotech’s Bluetooth 4.0 smart scale, BMI analyzer and health monitor for $41.99, a 39% savings as of July 10.

Fitness trackers are cool, sure, but have you ever set foot on a smart scale?

Yeah, yeah, we know: The latest wellness trend is (rightfully) ditching the scale. No one needs to weight-shame themselves on a daily basis. But, if you’re at all interested in your health stats (especially the ones that are more important than body weight), this Innotech smart scale is seriously cool.

You can get a completely comprehensive look at all the numbers that make up your health status: your muscle mass, body fat percentage, visceral body fat, water weight, bone density, protein makeup, and basal metabolic rate.  Read more… 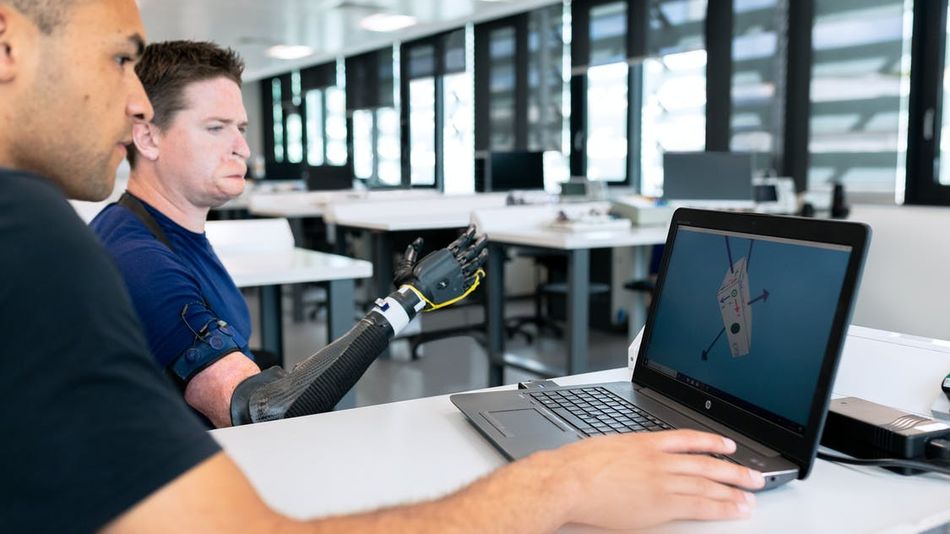 TL;DR: Jump into the robotics world with the Complete IoT and Hardware e-book and video course bundle for $29.99, a 96% savings as of July 10.

Devices are getting smarter. From home automation systems, to speakers that can answer your questions, to fully-functional robots, the Internet of Things revolution is fully upon us. And in order for us to keep up, we need to educate ourselves. This Complete IoT and Hardware e-book and video course bundle is designed to help you explore today’s fastest-growing tech field and get to work on real IoT projects of your own. That way, when the robots take over, you’ll be able to overthrow them – or something like that. Read more… 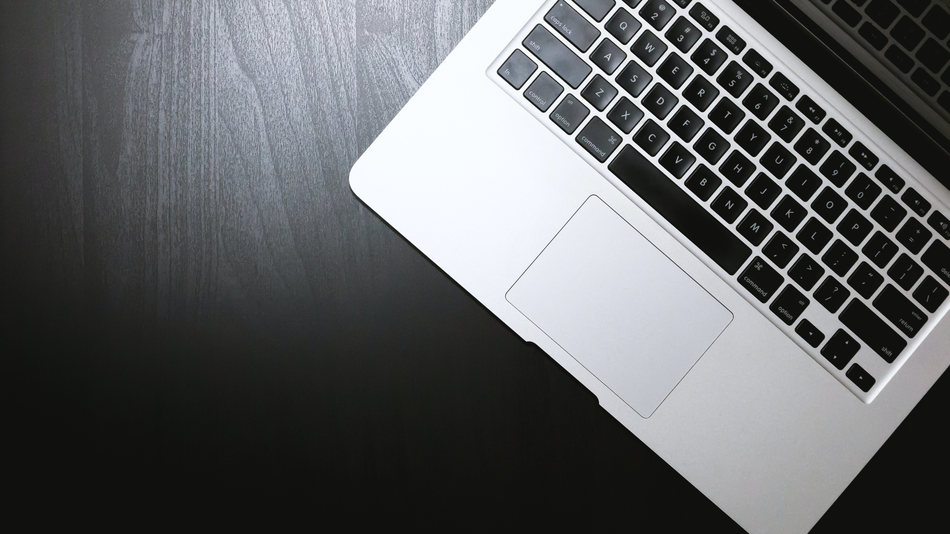 The thing with VPNs is that there are always plenty of deals to consider. You should never pay list price for a VPN.

You can find discounted plans for pretty much every service on offer, but that doesn’t mean you should just jump in without considering all your options. With so much choice, it’s always best to trial a service before committing.

SEE ALSO: Become a cybersecurity professional with this bootcamp bundle

PureVPN is now offering a seven-day trial of its service for just $0.99. This provides access to everything with no limits. You get enterprise-grade security, 10 multi-logins, and access to thousands of servers in 140 countries. After the seven days, you will be automatically subscribed to a one-year plan. You can cancel this at anytime though, so there is no obligation to continue. Read more…